If you’re not aware what casting couch is then here is the explanation!

It is basically asking a sexual favor to the employer in order to have a job or a promotion. This is very much witnessed in the entertainment industry especially Hollywood.

If you rewind a little ‘#Metoo campaign’ was much speculated across the world. Well, it’s quite against society and also humanity and on the whole wrong. However, several stars have been affected by this nightmare.

But only few came forward to speak about the issue and they were:

Known to be an academy award recipient and the one of the top paid actress in Hollywood, was sexually abused by a director at 16 for a character in a movie. But she was forced to keep mum to this issue by the film agents.

The popular actress from Hunger Games is quite a diva in the industry. Moreover, she said that she was compelled to do a nude line-up at the beginning of her career.

Thandie is known for her role in Westworld form HBO and she stated back in 2013 February in CNN that a director had to sit with her legs apart while showing a camera to see her skirt.

Megan Fox Though she had etched a niche for herself in the entertainment world she had also gone through the torture by some of the prominent A-listers. She stated that: “it is disappointing to find out when someone invites you for a conversation and it turns out to be something else.” 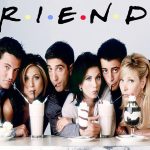 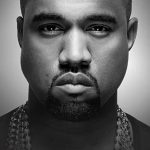