Though some of his songs look contrary it is just human. Post experiencing some of the controversial times in his career and now a u-turn into religious teaching the facts are still unclear.

But his work has been perfect a tremendous, genre-based work which has certain best comparisons but not in this era. Luckily there is a variety to choose. Here is a list of his songs that he had done and his special works with Jay-Z ‘Watch the Throne and a single here or there.

The album was collaborated with the popular lead of Coldplay Chris Martin with his piano for the chorus which was recorded in Abbey Road Studios, London with a touch of his native Chicago dedicating it to his lost lover. Well a perfect classic of Kanye!

West has given an array of songs finding the depths of human living but at times you need to have a different style like “Get Em High”. Talib Kweli was captivated by his beat for 15 minutes and later went on to join him in the song in the last minute.

“The New Workout Plan” At times we could witness Kanye’s side of humor and when he shows it, it’s incredible. His way of bringing out mixtapes is proof and how he speaks about the weird demands that women put upon to make them look good. The clip has been quite a delight that saw Anna Nicole Smith and also Tracie Ellis Ross who acts to be a French video girl. 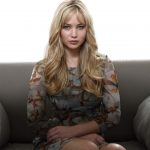 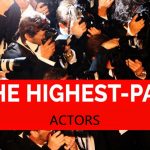